Our Curriculum Adheres to the values, viewpoints, and teachings of
the church of Jesus Christ of Latter-day Saints

Latter-day Saint Education at Ascent has a Distinct Flavor.
We think you’ll like it. It’s character-building – Serious & Fun. 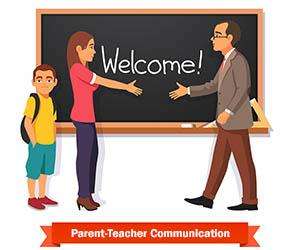 Is to make a positive difference in the lives of our students by:
• Offering them a distinctive & excellent Latter-day Saint based education.
• Assisting them in developing a deep and abiding testimony of Jesus Christ.
• Helping them discover their talents and missions.

The Foundations of Freedom

A 5 year-old-who had not been able to learn anything in two years of preschool, and who was rejected for Kindergarten by the school district, learned his numbers and letters by learning how to focus, learn, and remember. Through a strategy of card memorization techniques and braining training exercises he can now succeed.

Another young woman had a very hard time learning. On most days her tests were 0-20%. Yet, occasionally, she managed a score in the 90’s and sometimes even a 100%. We watched and questioned and found that it had to do with her diet. When this was corrected and she ate nutritiously, she ALWAYS scored 90 or above on assessments. Consequently, we teach our students to eat for academic success and lifelong vitality.

A bright ADHD student, who couldn’t sit down, open a book, and actually work on his math, began to improve as the support of the whole group was engaged. He learned how to study using the Ascent Advantage Academy learning strategies and went on to academic success. Even so, it was when he was taught to pray for help with his studies that he really began to blossom!

From the Prophet Joseph Smith to the present day, Prophets and Apostles have warned us about the dangers of secular education.

In 1888, the Church sought to rectify the educational situation by establishing stake run academies for the K-12 education of Latter-day Saint youth.

But, the membership rejected the academies for the more glitzy and free schools of public education.

One result is what we are experiencing today – a loss of many of our youth and young adults.

“As a watchman on the tower, I feel to warn you that one of the chief means of misleading our youth and destroying the family unit is our educational institutions.”

On October 9, 1996, Elder Boyd K. Packer in his address to the David O. McKay College of Education stated,

“In many places it is literally not safe physically for youngsters to go to school. And, in many schools, and its becoming almost generally true, it is spiritually unsafe to attend public schools. …our schools are producing the problems we face.”

In schools today, 2019, our children are often subjected to a literal ‘Sodom and Gomorrah’ atmosphere, where civic activism is taught in the place of real history, and science and political correctness are held sacrosanct. Worst of all, God is banned and patriotism is curtailed or outright scorned.

Latter-day Saint Education as conceived by our prophets has several hallmarks. These are:

• The foundation of studying the Scriptures and words of the modern prophets.
• Practical education, meaning all subjects are taught from a Gospel perspective, and a practical, useful point-of-view.
• Scholarship is rigorous, meaning learning is in-depth and not superficial.
• Subjects are taught by and with the aid of the Spirit by Latter-day Saint teachers to Latter-day Saint youth, thereby enlarging and edifying the individual.
• Faith and testimony are grown, and one’s relationship with Deity more fully understood and cultivated.

Many Latter-Day Saints have already left the educational system, opting for home school. Many have opted for a private education in local academies or online.

Our family did the same, trying a local academy and doing home school. In 1997, after trying a local high school part-time for a year, our younger son came home and stated: “If I’m going to get a good education, it’s going to have to be at home.” Simply, he wanted more and better than the local school offered: “A Better Education in a Better Environment.”

Thinking that there were others in the same situation as our son, in September, 1997, we started our local academy in St. George, Utah. This year, we added the Online School, which offers the same curriculum.

There is one more characteristic of true Latter-day Saint Education which we wish to mention:

3 Nephi 6:12 reads: “And the people began to be distinguished by ranks, according to their riches and their chances for learning; yea, some were ignorant because of their poverty, and others did receive great learning because of their riches.” This was the situation about four years before the Resurrected Savior visited the Nephites.

This verse tears at my heart, especially when I know that there are many who would opt for a Latter-day Saint Education if they could. Therefore, we have set the tuition as low as we possibly can and still pay our staff adequately.

When establishing the stake academies in 1888, the Brethren envisioned that those who could pay, would help those who couldn’t pay, by paying the small tuition for them. Therefore, we ask the same. Those of you who can, if you have those within your local areas who cannot afford any or all of the monthly tuition, please help them out. We do not at present handle these charitable funds, nor do we feel to do so. Direct giving is far better and requires the recipient to be more accountable to the giver. Thank you.

A final word. In our day, President Russel M. Nelson has stated: “Your mind is precious! It is sacred. Therefore, the education of one’s mind is also sacred. Indeed, education is a religious responsibility…”

Hear from the parents of our students

“I switched to Ascent Advantage Academy because they use LDS authors and sources in their curriculum.”

“THANK YOU for CREATING the CURRICULUM.”

“My daughter loves their beginning math class and is hungry for more.”

“I like the way the Language Arts course begins. A good, fresh approach.”

“The information offered to parents is truly exceptional and worthwhile. There is much to learn.”

“When my boy started at Ascent Advantage Academy, he was behind and struggling. Now he is ahead in his subjects and enjoys learning.”

“The learning strategies and techniques made all the difference to my children. THANK YOU.”

“My son achieved high scores on his college entrance test.”

“At this school, you have fun and learn a lot.”

“At this school it doesn’t matter if you are a bit slow or a ‘nerd’. Everyone can work at his own pace.”

“The people here really care about their students. They are willing to help you all they can.”

“I’ve been at Ascent Advantage Academy for four years. I don’t want to go anyway else.”

“I’ve worked with Ascent Advantage Academy for a few months and have seen the program in action. The daily routine prepares students to engage in their academic studies, scriptures, and to learn about truth. Students are learning in a safe and fun environment.

Mrs. Kessler is gifted in her ability to work with the children. She speaks in a language that the students understand and stretches them to be their best. She has created a marvelous curriculum that is progressive and fun.

Mr. Kessler thoroughly enjoys history and science. He puts a lot of thought and effort into making the projects engaging and hands-on experience for the students. His ability to be lighthearted, gets the kids laughing, and more attentive to their learning.
I would recommend this school.”

“I have been a student of this school for 6 months now, it has been the best experience of my life. 100 percent recommend.”

“I’m so grateful I found this school!!!!
It’s been such a blessing!!!
The teachers are so precious and they truly have a gift to see what the children need!!!!
They are truly on a mission to help those that want a higher level of education!!!!!
They should get a sixth 🌟
Thank you !!!!!”

“I have worked with Mary Kessler for for quite some time now and have learned a lot about their academy. Mary & the school staff have only the best intentions and love for everyone. They have a great set of curriculum and have good communication. I recommend”

“I am a student of this school and I have enjoyed it immensely. It is a very good school.”

“Absolutely love Mary and her staff. They certainly strive for higher education.”

As we searched for some direction in what our emphases should be, and what we should specifically teach, the answer appeared in the Scriptures:

“88:77 – And I give unto you a commandment that you shall teach one another the doctrine of the kingdom.

88:78 – Teach ye diligently and my grace shall attend you, that you may be instructed more perfectly in theory, in principle, in doctrine, in the law of the gospel, in all things that pertain unto the kingdom of God, that are expedient for you to understand;

90:15 -…and study and learn, and become acquainted with all good books, and with languages, tongues, and people.

88:80 – That ye may be prepared in all things when I shall send you again to magnify the calling whereunto I have called you, and the mission with which I have commissioned you.”

following this guidance, we

• We study the Scriptures daily,
◦ The Book of Mormon in one class, and
◦ The Bible, Doctrine and Covenants, and Pearl of Great Price in another class.

Additionally, we dug deep into the history of education and found the following.

In the United States, beginning with the introduction of texts in the 1770s, our education system has continually been ‘dumbed-down’. For example, our nation’s forefathers were expected to be able to read at age four. A few had read the entire Bible before age five! Also, many entered the universities at the age of thirteen or fourteen. What a SHOCK and realization: Children are far more capable of learning earlier and more in-depth than we had thought or been taught or is the current practice.

“Many years ago from the    Middle Ages to modern times – the Bachelor of Arts (BA) degree signified the completion of the secondary level of education (following the elementary or primary level) and so ready to enter the third level of formal education – the university, for specialization in one’s chosen field.

This means that the years now taken up by high school used to be used to educate in the Liberal Arts: namely, the rules of grammar, composition, logic, rhetoric, mathematics, social and natural sciences, arts, and humanities – leading to the
Liberal Arts Degree.

With the above in mind, Dr. Mortimer J. Adler, a prominent educator of the 20th
Century, wrote:

“If I had any hope that in the foreseeable future, the education system of this country could be so radically transformed that the basic liberal training would be adequately accomplished in the secondary [IE high] schools and that the Bachelor of Arts Degree would then be awarded at the termination of such schooling, I would gladly recommend that the college be relieved from any more training in the liberal arts…if we are going to have general human schooling in this country, it has to be accomplished in the first twelve years of compulsory schooling…it would be appropriate to award a bachelor of arts degree at the completion of such basic schooling. Doing so would return that degree to its original educational significance as certifying competence in the liberal arts, which are the arts or skills of learning in all fields of subject matter.”

With the above in mind, we have crafted a program emphasizing the ‘liberal arts’ as they are listed above, while also emphasizing what the Lord would have us learn as set forth in the Doctrine and Covenants.

We have also raised the bar of what we expect of our students, crafting a program of 12 Levels.

For further information see the CURRICULUM and ONLINE SCHOOL PAGES.